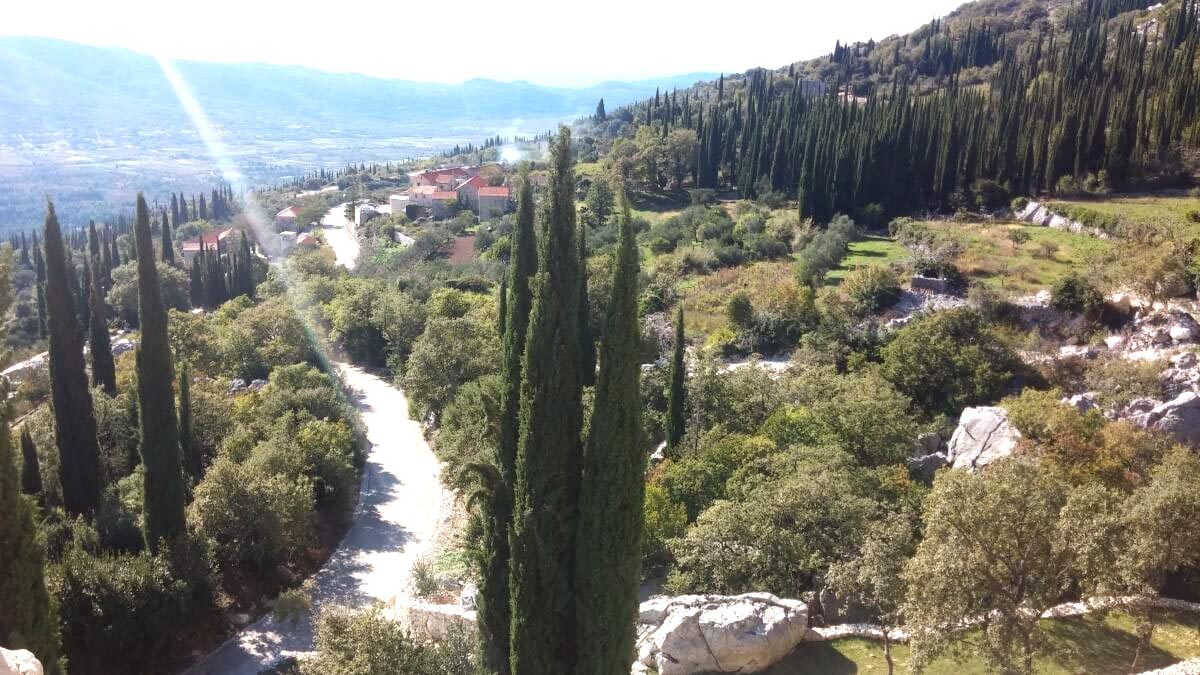 A summer paradise; an oasis of incomparable natural beauty; a historical haven; the pearl of the Adriatic. All these sayings are true and would individually suffice to make someone understand that they are about Dubrovnik. But, Dubrovnik is so much more, it has so much more to offer. So many places in its surrounding can be described the same. Today, this article is about one, yet to be fully discovered, part of Dubrovnik’s surrounding.

Konavle are a rural picturesque region located just a half an hour drive from Dubrovnik. Traces of life in this region date form about 1000 BC and the evidence in form of stone mounds and stone piles have been preserved till today. Konavle became part of the Republic relatively late, but only then was the Dubrovnik Republic fully formed. Konavle are a unique place, situated between the sea on one side and the mountains on the other. With beautiful landscapes, fertile green fields, harsh rocky roads, timid meadows, untouched nature near steep seashore cliffs which open up into an open sea view, Konavle can offer a very wide range of activities. Most importantly, they offer it all year around. The field of Konavle is its most recognizable part and spreads through the middle of the region as a huge posture. In Konavle, natural and cultivated landscapes coexist in perfect harmony with rural architecture of old stone houses. The people of Konavle, being aware of the importance of preserving the natural beauties and cherishing the benefits of the land they live on, constantly work on planting new olive tree grows as well as rebuilding old ones. Also, during that same process they have regrown an ancient well known sort of wine, the “Dubrovnik Malvasia”.

In their reflections of the past and designing of the present and the future, Konavle have shown an amazing talent in combining the rich history and the present demands of visitors from all around the world, in designing a rich and extensive tourist offer. Museums, rebuilt churches, the Sokol (Falcon) Fortress, family run businesses, folk societies, galleries, beautiful beaches with an unhindered sea view, adrenaline parks, walking and biking roads is the rough description of the things you can see and do in Konavle.

The county museum in Konavle was founded in 1974 in Čilipi. The building once served as a treasury and is located in the central square of the village. Today, it holds more than 500 items, including folk costumes, traditional embroidery, jewelry, arms, musical instruments as well as items used in the every day life through centuries.

The railway lane along the rout form Sarajevo to Kotor passes through Konavle in 33 kilometers of length. It represents a stunning and remarkable monument of industrial architecture. From 1901 to 1968, while in function, it was the driving force of the region. This railway line is an example of professional and thought through construction.

The Sokol (Falcon) fortress or “Sokol Grad” is located in the village Dunave and represents an exceptionally important fort, from the period of the pre Dubrovnik Republic. It was built on the previous fortification systems from Roman and Ilyric times. The Fortress follows the natural cliff on which it is build, and because of its height, allows an undisturbed view of Konavle as well as the mountains around. The rulers of Konavle, the Sanković brothers, ceded the whole region including the fortress to the Republic in 1391, but Dubrovnik came in full possession of it only in 1423.
Because of the forts excellent location, the Republic constantly invested in the fortress. Having had all the necessary services, like a water well, an ammunition room, a food and wine warehouse, accommodation for the castellan and special premises for soldiers it was, and still is, considered a fully functioning city. The fortress also had a separate building for women and children form the surrounding settlements and villages in case of an emergency.
Today the fortress is almost fully restored and can be visited. Inside you can find all sorts of historic artifacts with detailed information about each one. Each room was restored and offers a realistic sight into the every day life of the inhabitants. You won’t be disappointed after the steep climb to the top; as it has for centuries, the fortress offers an amazing view of the entire region of Konavle, reaching to the sea shore.

An amazing and unexpected monument awaits you in the village of Močići- the Mithraeum – a religious monument that belongs to the cult of the God Mithras. Mithra, an old Indo- European deity originally comes from Persia. This Mithraic sanctuary is called spaeleum because of its location inside a cave and dates from the 2nd century AD. The scene, made in relief, shows Mithras defeating and killing the Taurus by stabbing it in the chin. This scene represents the struggle of light and darkness.