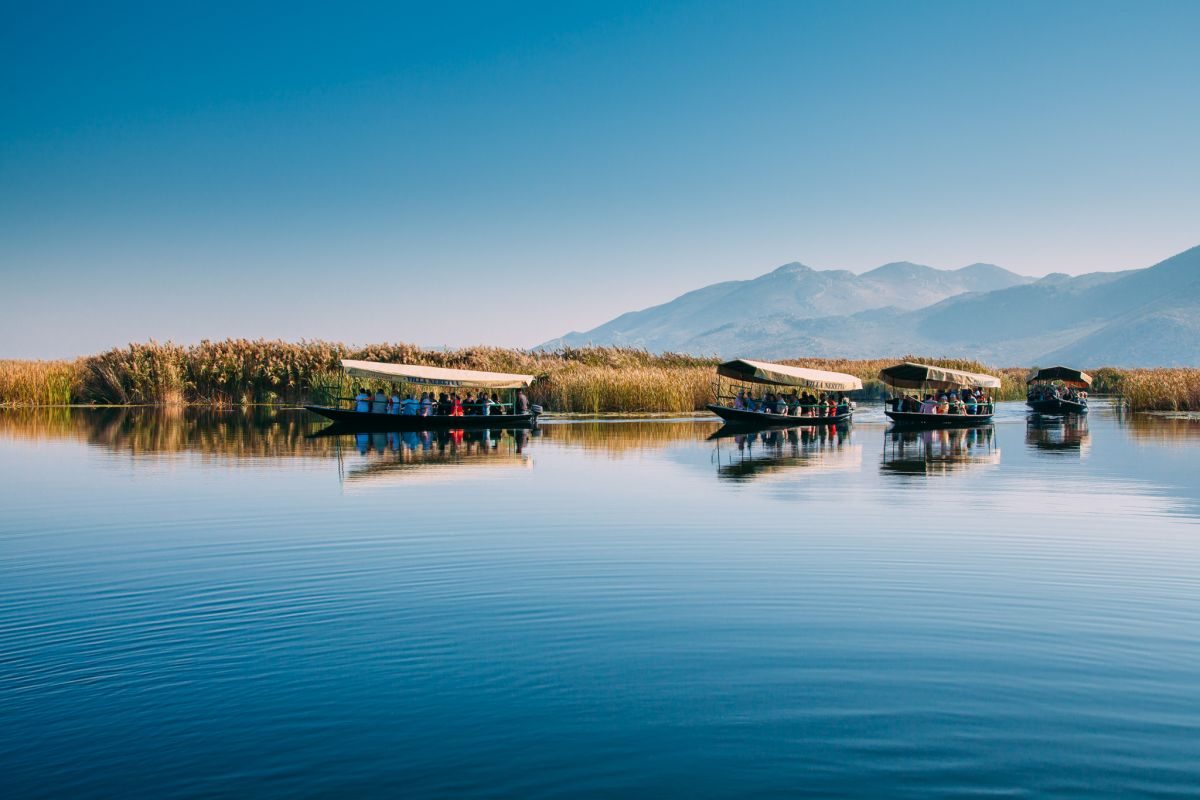 Narrow canals and backwaters, untouched nature, underwater towns, exquisite gastronomy, green fields full of colorful citrus fruits and a history to fall in love with. The land you dream of – the Neretva Valley! The Dubrovnik- Neretva county, among other things, is the only host of a delta in Croatia. The river Neretva is open to the sea making the towns  along it Mediterranean  in every sense.  Since prehistoric times, the area of the Neretva valley has been inhabited – mainly because of its naturally rich soil. One of the richest archeological sights in the valley, because of its geographical position is surely Narona, or today the town of Vid, located 3 kilometers from Metković.    When sailing the Neretva river in authentic boats, through hidden backwaters and streams you can either have a picknick or just enjoy the sight of the ripening fruits along the way.

The bustle and the hustle of the city life will not follow you here – to a land full of interesting stories, legends and adventures just waiting to happen.

Nowhere else in the former Roman empire including Rome itself have so many remains of the Augustus temple with so many statues of the imperial family been found, then in Vid, the former Narona.  In the 4th century BC, the ancient Greeks began colonizing the Adriatic island and the coast. They found that the position of Narona had special benefits and settled there. The people of Narona, because of the vicinity of the hinterland, traded and sold weapons, pottery, jewelry and clothing. Later, the Romans became aware of all the advantages of Narona and took it for their own. Emperor Augustus built a residence there.  The archeological museum of Narona has a permanent exhibition of artifacts, statues and other archeological foundings from Narona, today Vid.  For 6 years now, the museum organizes the event “Roman night of Narona”, improving every year the festivals offer. The Lađa Marathon is a traditional, internationally known and recognized event taking place every year at the Neretva river. Thirty teams from the valley and from abroad participate in this 22 500 meters long race. The teams can be made up of only men, only woman or mixed. Every year more visitors come to participate or cheer on this fantastic event.  In 2016, the marathonwill be organized on August 18th.

The cave in Predolac is the most important speleological site of the Neretva valley and it is most valued for the richness of its water fauna. It is the home of the Dinaric cave shell, the only shellfish species which lives underground. It is a unique, endemic species whose relatives have been extinct for 5 million years now.  Another endemic fossil is found in this cave: the polychaetes Marifugia cavatica. The cave is also special because of its location, situated almost at the center of the city.

The Neretva valley is a region rich in its diversity of the flora and fauna. Favorable soil created by swamp reclamation is the ideal place for growing different plants. Gastronomically speaking, the product which made this region world renowned is its autochthonous fish stew. The main ingredients of this dish are eels and frogs. The preparing of the “Brojet” may seem simple but it is only a sham.  Every place in the valley, every household and every restaurant has its own special ingredient and preparing method. Consequently, it is not enough to try just one; perhaps start of with a couple.  In some stews, other fish are used, like for example the halibut, known for living only in the cleanest of waters.  Because near the sea the Neretva valley restaurant and taverns abound in the fresh fish offer.

By just driving through the Valley you can be sure you won’t miss noticing the extent of the colorful ecologically grown fruit, home made autochthonous products, honey and much more.    Colorful and healthy – there is nothing more you will need. The tradition of kiteboarding in Neretva is about 10 years old. There were two associations, today businesses which who deal with kiteboarding. One is the Neretva kiteboarding on the Opuzen side of the delta and the other, also a bit older, is the Kite club “Komin” operating on the Ploče side of the Neretva delta. Both are actively involved in promoting this beautiful sport which has a unique way of combining the harmony of both wind and sea with the Kiter. Today, about 40 Kiters are actively involved in the kiteboarding activities on the Neretva river.  Competitions are organized by the kite club Split in the cooperation with the kite club Komin on the Ploče side of the delta.

Meetings of enthusiasts are spontaneous, aside from the weather forecast, were on first hearing of sun and “maestral” they gather in Neretva. Every year there are more and more participants from all over the world which is a special satisfaction to locals in the kiteboarding world.  Kiteboarding is a very interesting sport and one of the fastest growing in the world. Neretva is, with its sandy beaches and because of strong mistral winds the ideal place for this sport.  Because of all these reasons the Neretva valley has recorded an increase of visitors.

The kite and Neretva are really an inseparable couple.