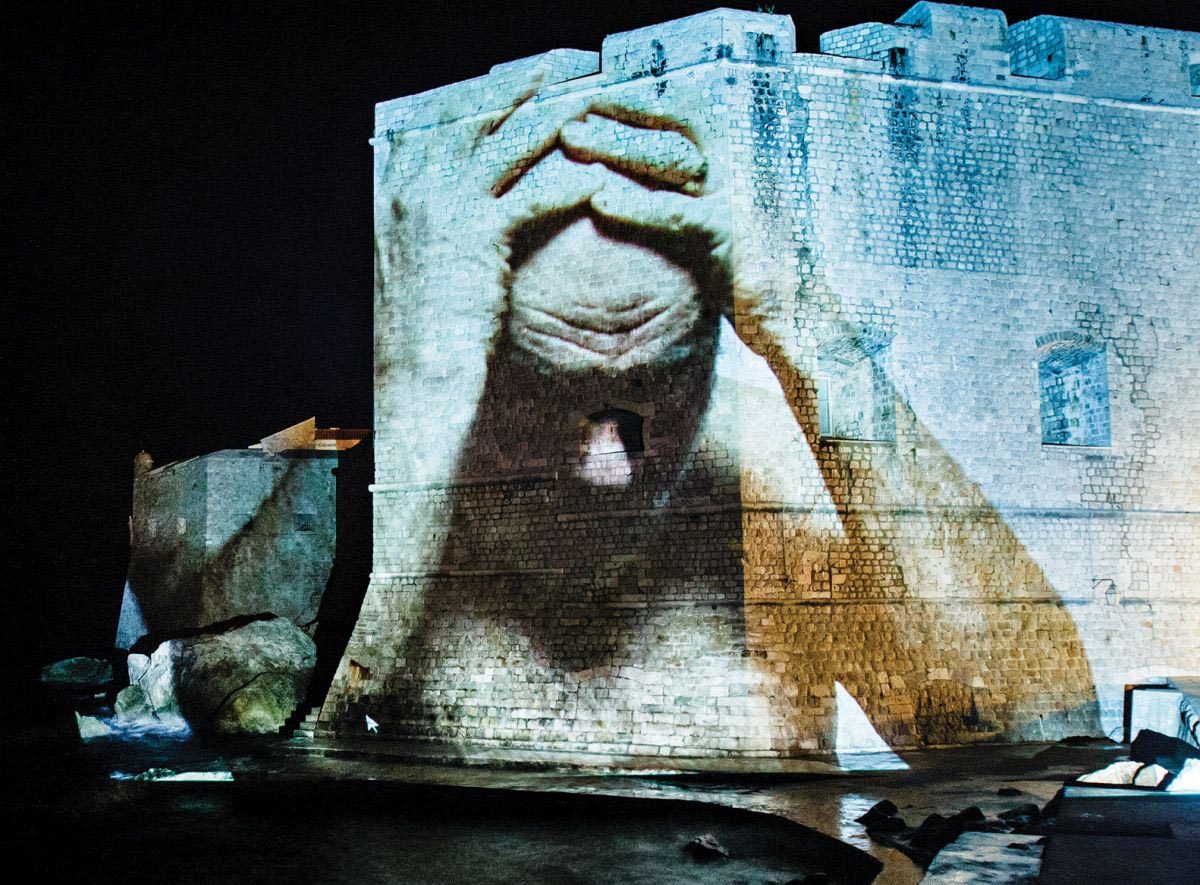 As a part of the preparation of the candidacy for the European Capital of Culture in 2020, at the beginning of the year, a number of artists have been invited to Dubrovnik to familiarize with the programme and to participate in the creation of it, whilst being in harmony with the defined principles of cocreation, experimentation and research.

The artists are obliged to „stratify the experiment“ while creating their works in situ to present the process of their artistic work to the public and encourage discussion on modern artistic practices.

In the process of creating they have successfully established a quality relationship between all of the contributing factors; the spur of the moment reaction to the questioning of the candidacy’s programme goals, with, at the same time keeping in mind the limitations and opportunities of the specific architecture, temporary migrations, cultural policies and institutions, tourism, wider environment and European context.

As part of the programme the artists have expressed their creative processes in the shape of performances, photographs, dance, video, installation and much more.

The first artist who introduced himself to the Dubrovnik public was Siniša Lobrović, who, while in Dubrovnik, first took his time to explore the City to then do a number of performances and interventions problematizing the relationship of nature, history, Dubrovnik’s contemporaneity and the location and the time of unfolding of the event.

Vladimir Frelih and Igor Kaduz presented their works “Sunrise Cinema” and “One Footage per Day” in the newly renovated historical site, Lazareti. The idea of the “Sunrise Cinema” is to show natural sunrise, something constantly present but not fully experienced. In the context of a cinema canvas, the sunrise would deliver a different experience of the event itself and the cinema in general.

The “One footage per day” project presented around one hundred pictures, made by a mobile phone, taken during the exploring of sites around Dubrovnik. The widely recognizable motives of Dubrovnik postcards are here abandoned and the main focus become urban areas and less known sites. The engagement of the audience here was remarkable, as they had to think very hard to locate some of the sites captured only by itself, without context.

Among the artists who cocreated the present cityscape is Miron Milić, painter, graphic designer, illustrator and street artist, who, in the last few years, imposed himself as the most important name of the domestic street art scene, with his distinctive and original work. As a part of the “Public exposure” programme, Milić painted the mural “New horizons” in the Dubrovnik port.

The mural is linked directly to the concept of the candidacy for the European Capital of Culture. By attenuating maritime affairs and the port as a place open to the outside world but also as a place of constant transformation, Milić correlates the travel by air and by sea.

Already has the project design of the Dubrovnik 2020 changed and transformed the cityscape of Dubrovnik and it is just getting started. By engaging more people, different social groups and by encouraging dialogue it has made visible how much diversity, creativity and new ideas Dubrovnik has to offer.

“It is high time the fixed image of Dubrovnik is shaken up”, says the motto behind the question “Why Dubrovnik and what for?” on the official website of the Dubrovnik candidacy.

It seems that learning from the paths of the past times, critically dealing with and reflecting on the current environment and imperfections, the team of the Dubrovnik 2020 candidacy for the European Capital of Culture, is paving the road for the development and design of a productive, interesting and active cultural future.