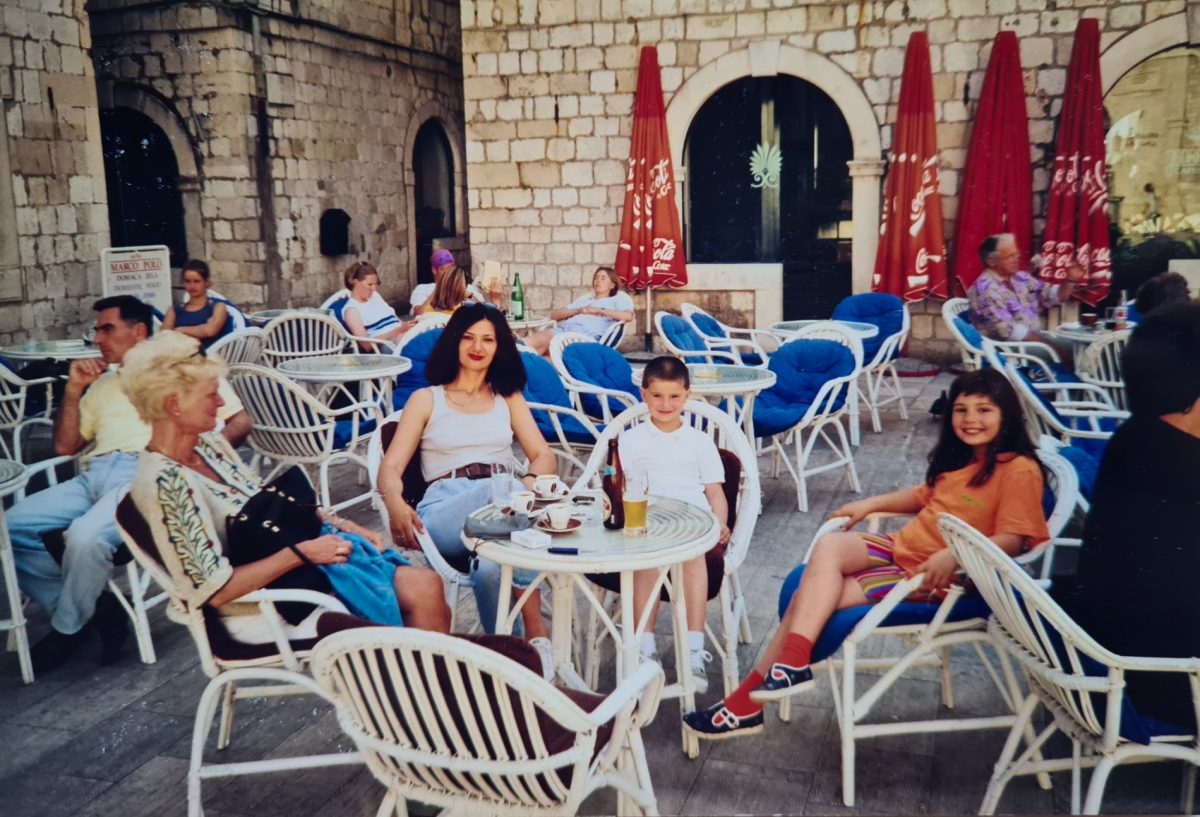 When we think about tourism and the impact it has, we are often inclined to think about numbers first. How many nights, how many outings to restaurants and bars, museums visits, tours booked, boats rented and so on. While these things help us analyse what has been done well and what needs improvement there is one aspect of tourism, perhaps the most important one, which is the topic of today’s post – the connection and the impact on peoples lives.

Dubrovnik is a magical place, and it was such a magical place to grow up in. Roaming the streets of the Town, drinking Coca-Cola slowly just to have a bit more in my glass then my little brother, and scanning the surrounding for other children, especially the ones who have a ball to play with.
No matter how many times I have gone through the Pile gate so far in my life, I stop to take it all in every time. I have found it difficult not to get lost in my thoughts when alone (sometimes even in company), and walking around the streets which hold so many memories. I’ll let you in on a bit of a ritual of mine; whenever I can, I choose a different street to get to a meeting point in the City just to have that calm, mostly fun, reminiscent moment by myself. Today I would like to share one of them with you in the hope you will find beauty in it as I do.

It was a very bright, sunny Summer day, the beginning of July. Sometime around 3 PM, we started to get ready. We were meeting some of our mothers’ friends.  At that point in my life that didn’t seem such fun as it does nowadays. As usual, we caught the bus at the last moment and then had to endure the ride to the Old City which was followed by a slow sprint to the previously agreed upon location. Our mother had been losing it for quite a while at that point, having to put up with two uninterested children. We were a bit difficult, my brother and I, but extremely smiley and happy children. At last, we arrived.

My mother met them while working, and it wasn’t the first time we met up with them. I was out of myself the first time around. It was so exciting to meet people from the Netherlands. Mostly because it sounded like they came from Neverland. They looked different from most people we knew. She had quite big, blond hair and was thin. Her skin unusually tanned, and her smile quite big for a person with such small lips. He was tall, grey-haired and resembled Santa a bit. We sat down on those beautiful, old white chairs and had a soda.

After a while, as the sun was beginning to fall behind the buildings, everyone was ready for relocation. Usually, the climb up the Buža street seems like conquering Everest, but that time it was children’s play. Richard had started learning Croatian using some kind of software which he purchased in a shop in their hometown. He paid good money for it. He also read somewhere that the Croatian language is one of the most difficult languages to learn and would share that piece of information with everyone who would compliment him on his progress. To this day I have no clue if that is actually true. Climbing up he and my brother were counting the steps in Croatian, and Jos attempted to teach me the same in Dutch. As soon as number one, I started talking about how that sounds so similar to German. Jos confirmed but insisted I try to learn the Dutch numbers instead. Smiling she continued saying the numbers in Dutch while I was reciting them in German. Meanwhile, Richard was persistent in saying the number 6 wrong which made my brother laugh all the way up the street.
There were a lot of smiles that day. We went on having some sandwiches, taking a long walk around the city and stopping at all the important locations. After a long day with them and without being angry that we haven’t been to the beach, we went home.

Jos and Richard were among the first tourists visiting Dubrovnik after the war in Croatia, staying at the hotel my mother still works in, back in 1996. My mother told me they clicked from the start. A beautiful friendship started then and there and lasted for 16 years. We made wonderful memories that will last my whole life.

This is a story of just one moment of a friendship that made all the hard work and long hours put into providing a service pay off.
So here’s to my mother. The best waitress of more than 35 years who goes to work happy and with a big smile; who can’t resist but to attract people with positivity and kindness.

And here is to Jos and Richard Loohuizen.
You will forever be in our memory. 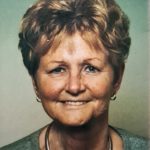 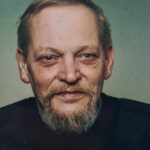 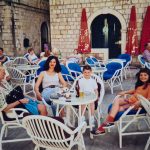